Skip to Main Content
It looks like you're using Internet Explorer 11 or older. This website works best with modern browsers such as the latest versions of Chrome, Firefox, Safari, and Edge. If you continue with this browser, you may see unexpected results.

This guide will help you learn how to properly cite sources in APA style and how to avoid plagiarism.

In APA Style, all types of graphical displays other than tables are considered figures.

The basic components of a figure include the following: 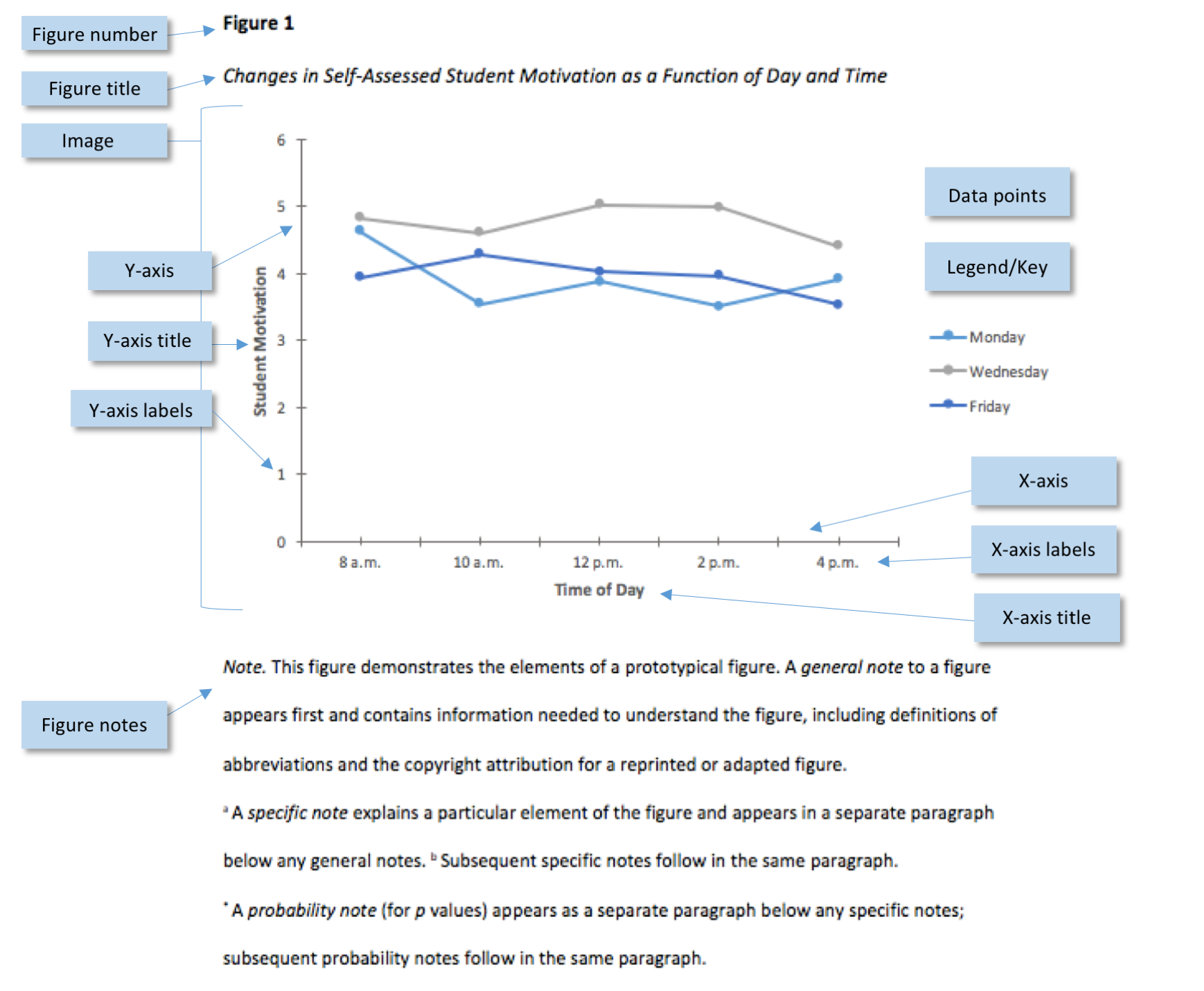 Number all figures that are part of the main text (i.e., not part of an appendix or supplemental materials) using Arabic numerals--for example, Figure 1, Figure 2, and Figure 3.

Assign numbers in order which each figure is first mentioned in the text.

Write the word "Figure" and the number in bold and flush left.

Give every figure a brief but clear and explanatory title; the basic content of the figure should be easily inferred from the title.

The image part of the figure (e.g., graph, chart, diagram) should be saved in a resolution sufficient to allow for clear printing or viewing.

Avoid the use of gridlines in figures unless the gridlines will substantially aid readers in understanding the content. Likewise, avoid 3-D effects for mere decoration.

If a figure contains citations to other works, use an in-text citation.

The lettering of the legend should be of the same kind and proportion as. that appearing in the rest of the figure. Capitalize words in the legend using title case.

When possible, placed legends within or below the image instead of to the side to avoid having empty space around the legend.

Figures may have three kinds of notes:

A general note should explain units of measurement, symbols, and abbreviations that are not included in the legend or defined elsewhere in the figure. Explain the use of shading, color, and any design element that carries meaning.

A specific note explains a particular element of the figure and appears in a separate paragraph below any general notes. Specific notes are indicated by superscript lowercase letters.

Place any superscripts for specific notes near the element being identified.

It is preferable to report exact p values; however, if statistically significant values are marked with asterisks or daggers in the figure, explain them in a probability note.